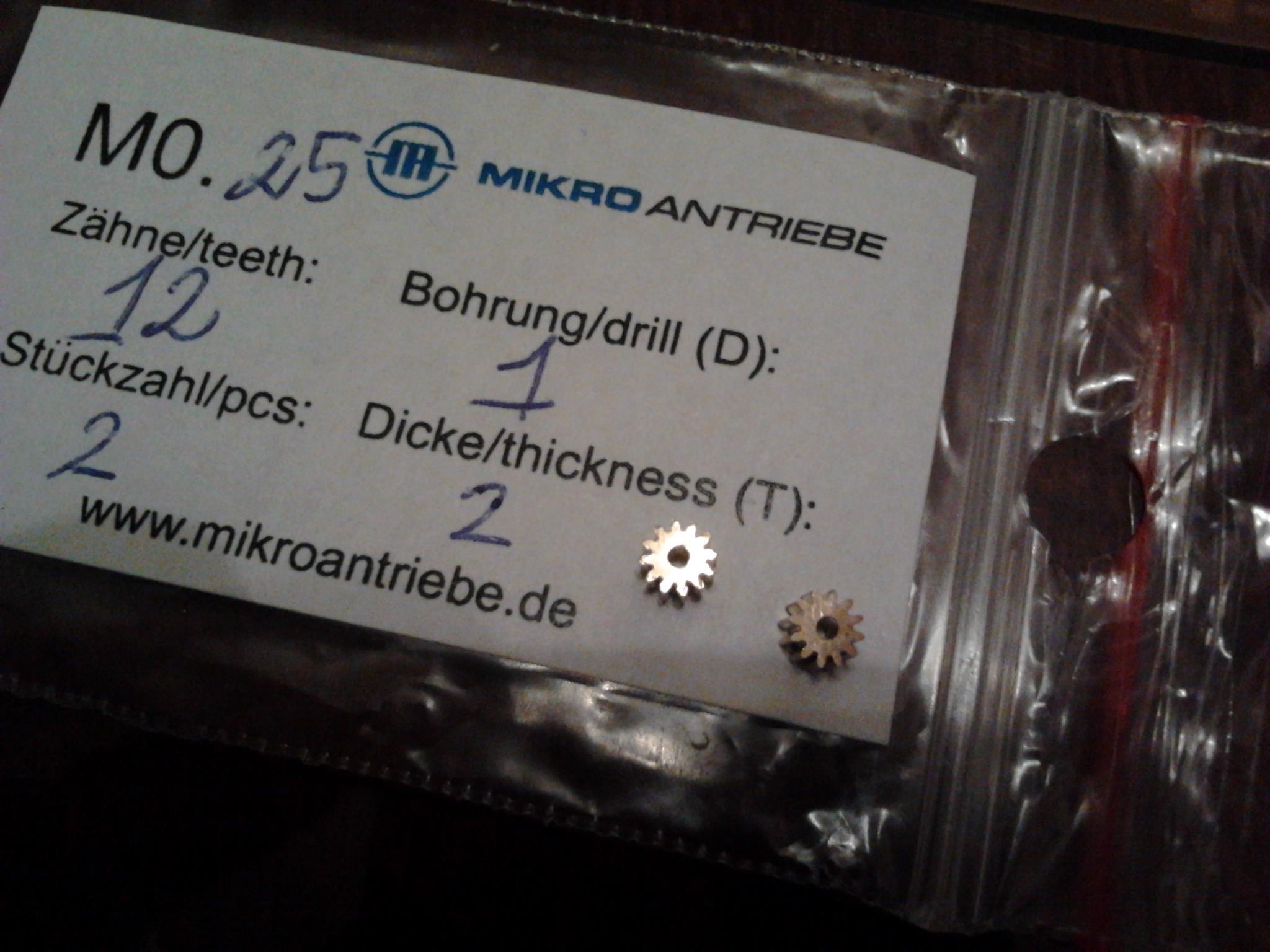 A few weeks ago I just bought a new projector, after killing my old Sharp XG-P20 when I tried to get a lot of dust out of it. (Note to myself:  Compressed air can destroy LCD panels).

I scored a TX-200 from Hitachi with juicy colors and very beautiful 720p panels. Inside the device, a little box with two metallic wings  is sitting in front of the bulb – the shutter. These wings are closing theirselves in dark scenes which results in a perfectly dark black and excellent contrast.

There was just one problem: The shutter always clicked and rattled while opening or closing. Because of that I had a disturbing noise in my ear whenever there was a change of scene, which greatly minimized the enjoyment.

The cause of that is totally simple: A little plastic cog is sitting on the engine shaft and has broken because of the big heat emitting from the lamp. Of course there is no way to get this cog as one single piece, I would’ve had to buy the whole shutter for approximately 150 bucks.

I found another way. First of all, I had to open the projector (of course). As a reference point I looked at this manual whereas removing the whole mainboard isn’t neccessary – the shutter sits directly underneath a silver shielding piece:

The position I marked red is the engine, which I screwed out. After that, I removed the black faceplate:

After that, I bended the whole piece open with a little tool and removed the engine shat including the cog:

Now I took off the remaining pieces of the plastic cog, I was able to find little cracks between the cogs of the tooth that caused the noise.

I ordered this cog at mikroantriebe.de – smart as I am, I ordered a brass-wheel instead of a plastic wheel so hopefully this thing will never ever break again and doesn’t have to be replaced anymore.

The re-assembly was simple. I chucked the cog into a vise and and used a hammer to get into onto the engine shaft. Now the projector is super silent again and the pictures are perfect. :)