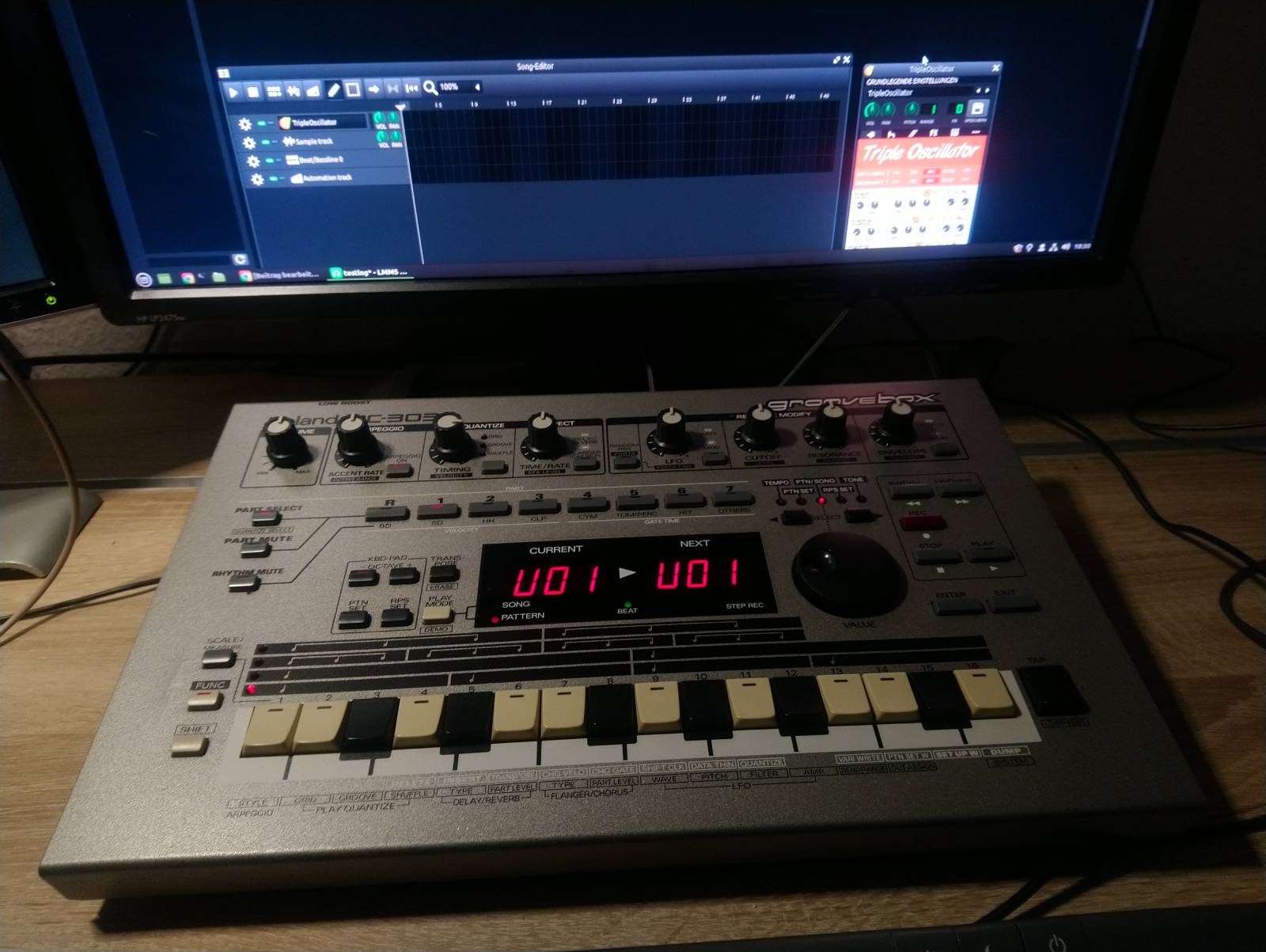 Some time ago I got a MIDI-controllable Roland MC-303 drum machine at a very affordable price. I think this device is one of the most complicated of its kind that you can buy and now I am wondering whether I shouldn’t have used a more modern device to start making music, but well…

The Roland MC-303 can also be used as a small keyboard to play sounds in a DAW via MIDI – in this case I use the application LMMS on Linux Mint and a Midimate EX for connecting MIDI via USB.

However, when playing on the keyboard in LMMS, I always have a slight, but somewhat annoying delay that I wanted to get rid of. The solution seems very simple: All you need is a low-latency kernel for Linux. For security reasons, I advise against using such a kernel for regular use. It’s not a problem if you have an an extra PC that is only used for making music, though. Linux Mint is based on Ubuntu and can therefore also use the low-latency kernels of the Ubuntu Studio project.

The problem: It’s not very well documented how you’re actually supposed to do this. Welcome to the wonderful world of Linux. :)

First of all, you need to enable a special hidden flag for the mintupdate software. (in German: “Aktualisierungsverwaltung”). This flag makes it possible to see a selection box for the kernel type. You need to input this command into a terminal:

In older versions of Linux Mint (at least 17.x) this option was named differently, this command does not work in the latest version 20.2 anymore:

Now you have the possibility to install your own lowlatency kernels in the Mint Updater. You can find these at “View -> Linux kernels” 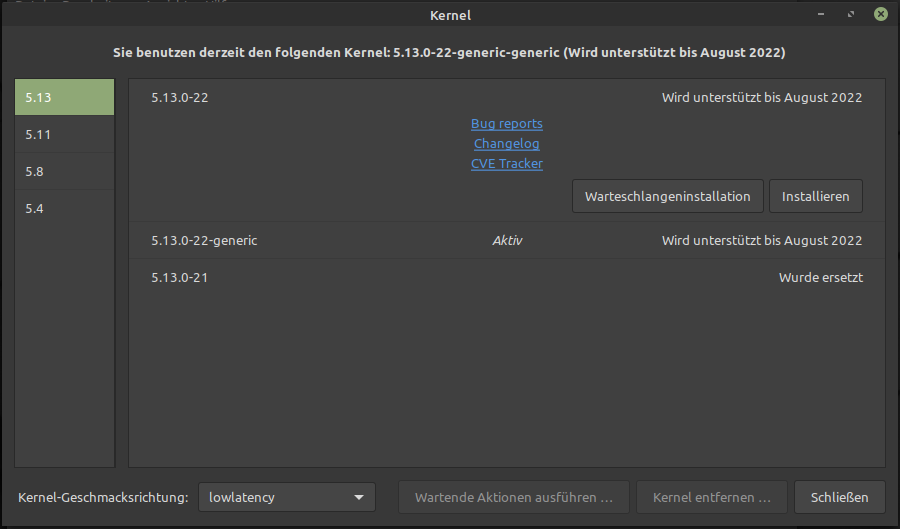 After rebooting the system the new kernel is being used. You can check this by running the uname command in a terminal:

If you see the phrase “lowlatency” in its output everything has been installed correctly.

Unfortunately, I now had a different problem: The built-in sound chip of my PC did not work well with this kernel. The delay when playing notes was gone, but I had ugly cracking noises when playing my sounds. So I wanted to switch back to the regular “generic” kernel.

This was a bigger problem than I expected. You can switch back to the “generic” kernel in the Mint Updater and install one of these kernels, but it’s not set as the default boot option, so you always boot back into the low-latency kernel.

This command did not work at all:

The package linux-image-unsigned-5.12.0-22-lowlatency was then installed and set as the current kernel.

However, you can tell apt to ignore this new alternative package – this is done by putting a dash behind the package name, like this:

As long as at least one generic kernel is installed, this warning can be safely ignored. After restarting the system, the previously installed generic kernel was active again and was also displayed in the Mint Updater as such:

I guess I’ll have to look for a better sound card now. Whether it will also improve my music skills remains to be seen.