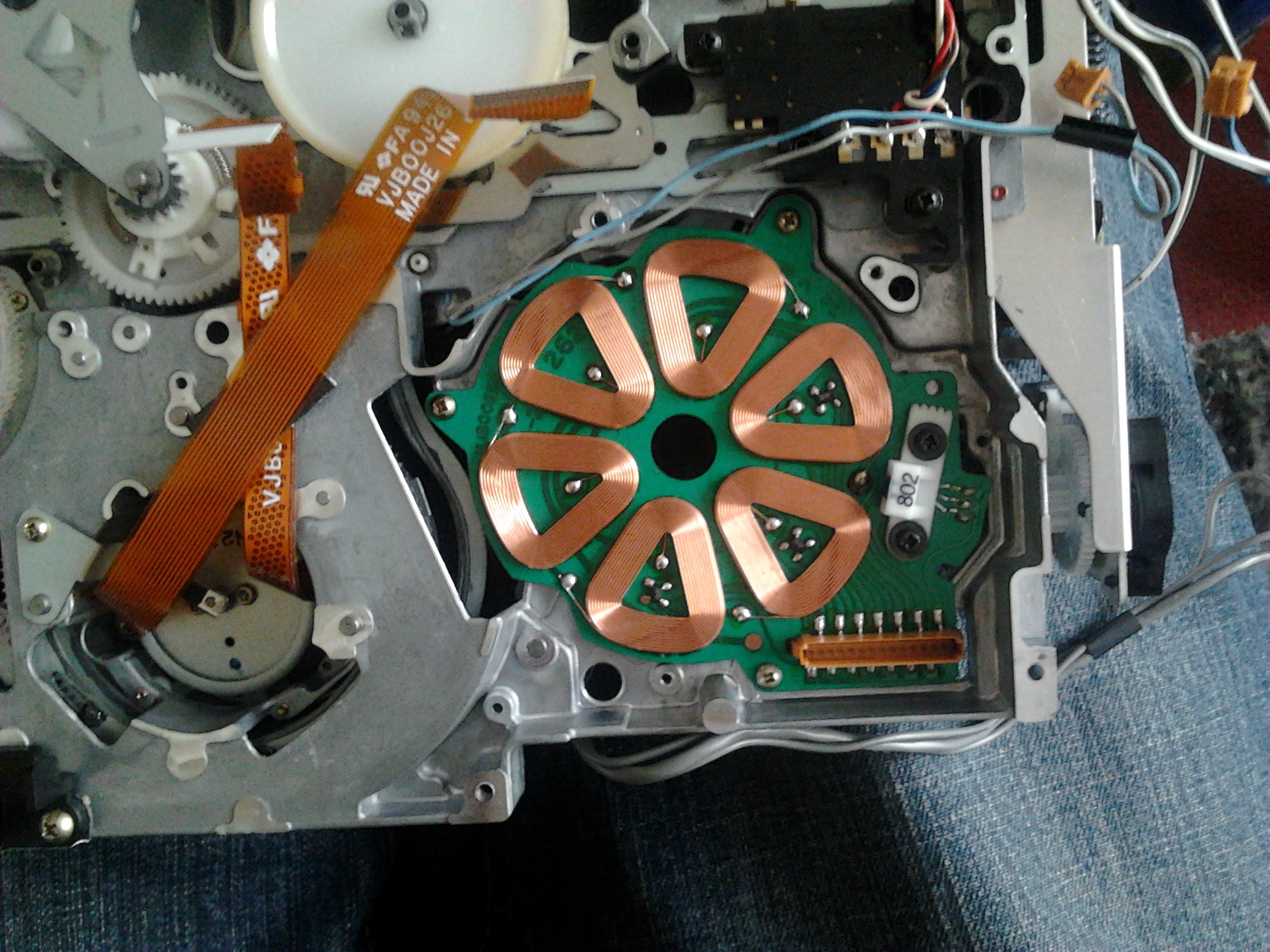 I already told you in my las posts that I’m filming a little Youtube show together with some other people.

I even ordered a new domain for this project, but at the moment it still redirects to my other project hirnschwund.net as I haven’t had any time to build up a decent website.

Nevertheless, the first episode of OSC One is finished and can be watched on Youtube (German):

If you decided to do a Youtube show, you need decent equipment. So I just ordered two broken shoulder cameras on Ebay. The advantage of these big suckers is the fact that you don’t juggle the image in the scenes without using a tripod and you’ve got many more configuration options on the camera itself.

I bought a Panasonic MS-1 which is a little bit older than myself but still able to produce decent pictures (576p in PAL mode, this isn’t bad at all) and a Sony CCD-V5000E. I will tell you more about the latter one in the next post, because I’m still in the middle of repairing it.

When the MS-1 arrived here it was really loud as soon as I turned it on. It is already bad to film with a camera that produces loud noises but additionally it also made a grinding sound every second. So I decided to just take it apart and look at the problem:

Because I had to come through to the mechanics I still had a lot of work to do. First of all, I had to remove the motherboard and take a lot of cable pictures so I wouldn’t reconnected anything in the wrong way when I reassembled the camera. I even had to take out my soldering iron because everything was neatly connected, but the GND had been soldered onto the frame.

When I finally took of the board, everything else was a piece of cake:

The culprit had been the capstan drive which can be seen in the pictures underneath. Between the wiring and the wheel had been a lot of dust and mud built up which resulted in the grinding noise.

After cleaning and readjusting the height of the drive everything was well again.

The camera is working like a charme. I’m fully in joy for the next filming day of the show. Yeah, I’m looking so cool.

Tune in later to see how I fixed the Sony camera. It is a lot more complicated!