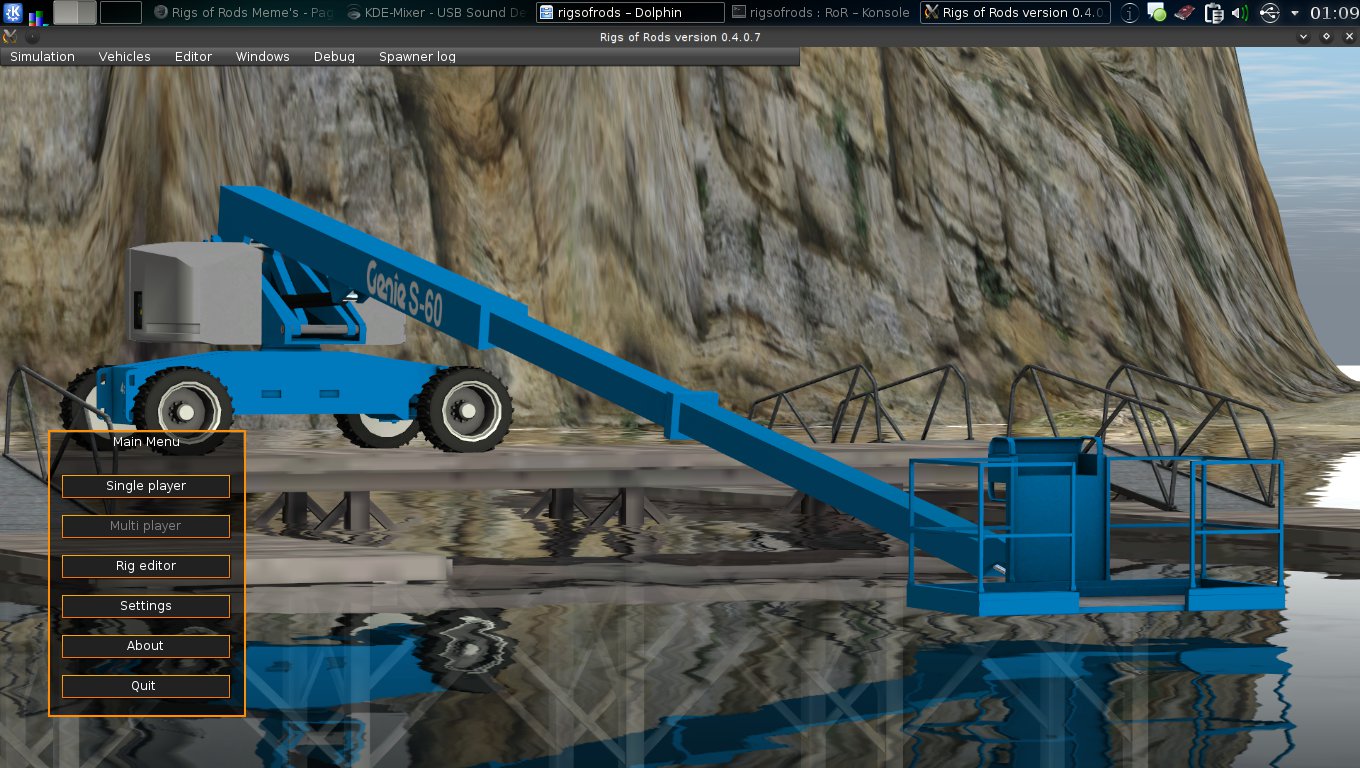 It has been a while since I laid hands on the great vehicle simulator “Rigs of Rods” on Linux.

I still remember that the program was very sluggish, pushed the limits of my system very hard for no apparent reason and for being able to build the code at all I had to hack the build scripts extensively, which hasn’t been any fun.

These days seem to be over – in the last months the developers of the game moved over to github. And they are working very hard at cleaning up the messy code and implementing new features.

Some of the new features included a menu overhaul. Most of the cockpits and vehicle controls have also been redesigned.

Additionally, I am able to build this thing in 15 minutes out of the source without any ugly hacks. Awesome! 🙂 I can highly recommended this, especially because it is a completely free simulation.

However, there is still a little bug which causes some of the cars to explode. I am sure, the developers will fix that, too.

Packages for Slackware64 are available here, as always: http://schmatzler.de/2014/04/27/rigs-of-rods-on-slackware64-current/