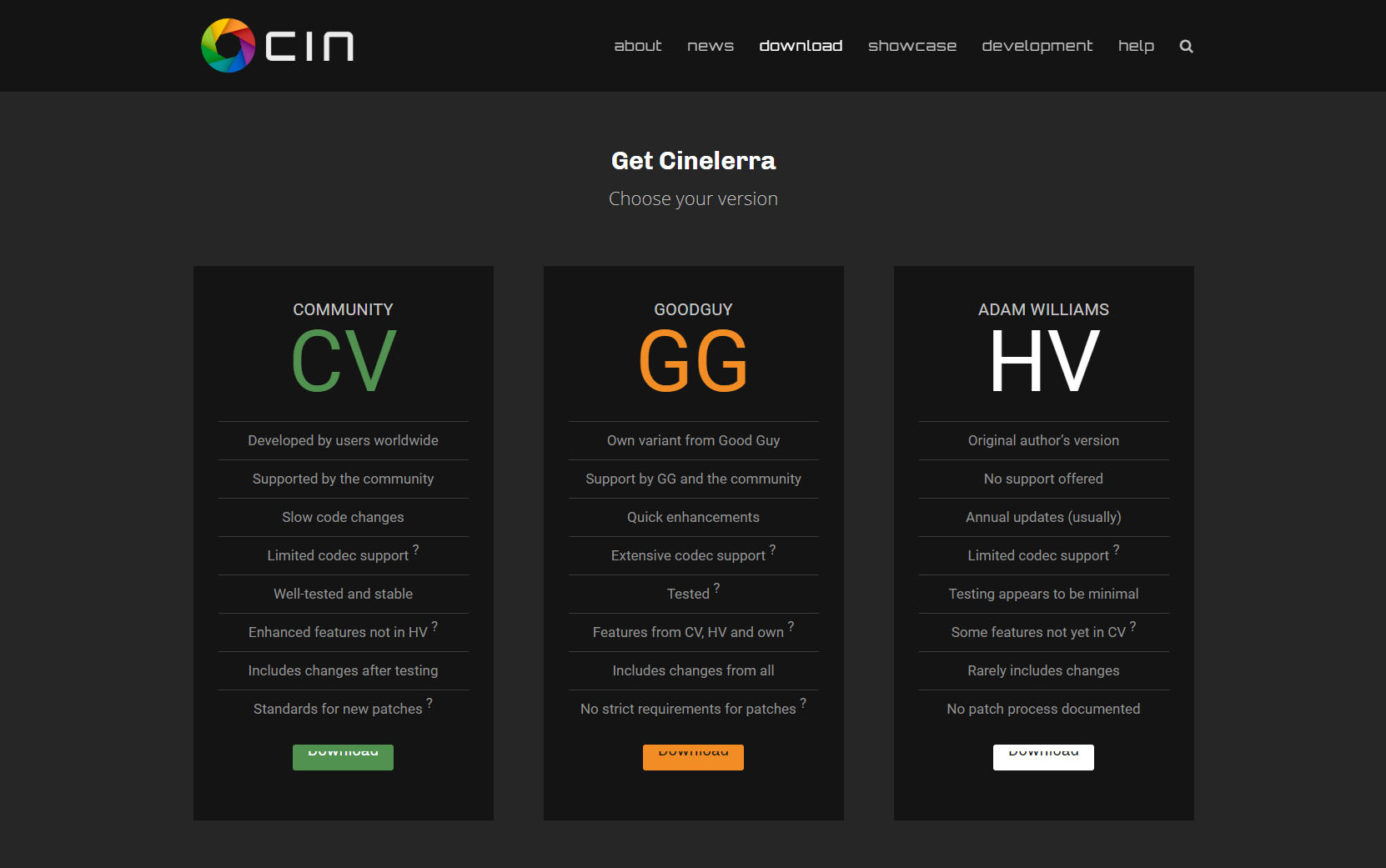 This will be something completely different for a change. Let me tell you the story of a project that cost me a ton of time and patience.

Many years ago I had the not-so-great idea to make money with my side activities on YouTube. Yes, I was too young and idealistic. Back then I was cutting my videos with Cinelerra – an extremely well performing program with massive functionality that was just perfect for my old hardware. Even all those years back I noticed the website of the project didn’t hold up with current times and it was sad too see well-made software represented this way. The site was not useable on mobile devices and it mainly consisted of endless passages of text on a white background.

As an emergency solution and to not alienate the community with too many changes at once I rebuilt the site and semi-modernized it with Yahoo’s  PureCSS. The content and layout of the page was mostly kept in place – with the added benefit, that it was now reachable on mobile devices and thus, ranked much better on Google. 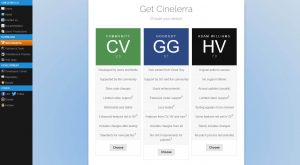 This was always planned to be an emergency solution, though. To this day, the site is missing:

Problems – and a new concept

On a project that was as near and dear to my heart as Cinelerra I wanted to do everything perfect from the start. Part of this has been a concept that would make the site stand out much more compared to competitive projects and result in much better search engine visibility.

I developed a design that compressed down the 14 current menu options down to six essential points:

I also planned to extend the current functionality of the website. The project only operates using a mailing list. All developers and users regularly send mails to each other to discuss new features, bugs and everything else that surrounds the project. This mailing list cannot be comfortably searched from outside users and is only useable to those who follow the project for years, have subscribed for a long while and can use their mail client for sifting through the messages.

Thus, my idea has been the integration of forum software to get a younger audience interested in the project. Also, setting up a bug tracker was planned to have an overview of the projects current state of development. As of now, every developer has had his own personal bug list the community doesn’t have any access to.

Additionally, I used the main colors of the program for the design of the website (a few distinctive shades of gray). Another designer (Sam) helped me out with swapping out the extremely aged logo of the project with a modern variant.

The logo had always been one of the biggest points of criticism I had about the project. The “heroine”, a hand-drawn, naked woman had been the mascot of the project for years. From the beginning, the logo didn’t have any reference to a program about nonlinear video editing – apart from a little film strip that isn’t even present everywhere the logo is used.

Originally, it came from a society of women in the field of engineering. Basically, the logo was just grabbed and put into the software a long time ago. It was clear to me that it needed to go away. Sam’s redevelopment of the logo with a shutter as its main visual element finally made a connection to the software itself and would’ve been the ideal solution for the project.

It quickly turned out be that the community – or better: its most active members – did not have any interest in additional functionality or a visual modernization of their own projects. A few members of the community praised my design, but the criticism was overwhelming.

One developer took the stance that he would never use the bug tracker and the forum. His own to-do list was already big enough.

Another member even praised the apocalypse and the total destruction of the project.

Sadly, we never talked about the benefits of a forum. Mainly, that it would provide search functionality and a contact opportunity for users of the software.

Although frustrated with the negative basic attitude in this community, I decided to not give up. The project was still able to work without a bugtracker and the forum could be moderated by myself or members of the community, if it had to be this way.

I was surprised, that the modernization of the logo turned out to be an absolutely impossible task, though. I was not willing to devalue all of the work I put into the design by a badly drawn, naked woman.

For others, this seemed to be a requirement:

In a pretty lengthy mail I explained why this logo was not suitable to me for this project anymore:

The reply to this came back very quickly:

A detour into coding politics

I am not a great coder myself. Apart from basic knowledge of PHP I am not really good. What struck me about this project from the beginning however, was, that new members were only very hesitantly accepted.

Two years ago a new developer (Good Guy) jumped into the project. He became a annoyance in the eyes of the other developers very quickly due to his own way to do work on the software (mainly: working on it for days on end and risk of temporarily breaking something for the sake of a new feature). Good Guy, however, quickly impressed me with his proactive attitude. Whenever someone sent in new designs (themes) for the software, language files or graphics, they were quickly integrated by Good Guy into his own version of the program.

Over the course of the last two years Good Guy therefore created a program, that:

During the heated discussion about the logo and redesign some people now started showing their true face and the aversion for the better coder. The one, that just didn’t want to stick to the good, old rules:

Another developer made this even more clear when I talked about my wish to continue the project on another domain by myself instead of arguing all the time:

At this point in time it started to become clear to me that there would never be a consensus between me, the developers and various members of the community. Everyone already had their own standpoint about the project and the developers were working for years on it using their own personal way.  Added to this, there was jealousy about a new person who was advancing the project in record time without sticking to the existing ruleset.

Due to this ruleset, the main project has had only eight measly little code changes during this year. In my eyes, it is dead. Making it revelant again and bringing it back on a new track cannot succeed without changing some old ways of work and having a fresh and open mind for new things.

The moral of this story

I have never worked on a web project that has been as frustrating as the community of Cinelerra-CV. This toxic attitude towards anything new doesn’t even exist in commercial projects I do for my employer. While I was taking part in this discussion, there were some inevitable emotions. During this phase, I had the thought of never working on a project out of idealism without getting paid ever again.

Now that I can think much clearer again, I have to say, that this is bullshit.

Cinelerra-CV is only one very bad and negative example of a project. I will continue to work on emotionally rewarding projects like the community of hirnschwund.net or the fan website for the Independence War series.

My back is now turned to the Cinelerra-CV project, though. I wish them all the best for future endeavors – there is no pleasure in working for this project anymore. At least the design I had planned to work into the new website has now come alive on this blog. ❤